Living Content is pleased to present ‘Under Pressure’, a project supported by Mobius Gallery, that brings together ten visual and sound artists that consider through their practices narratives of transformation in a time of intensifying mass extinction
⇦⇦⇦
About exhibition
back to space
⇩
⇩
⇩ 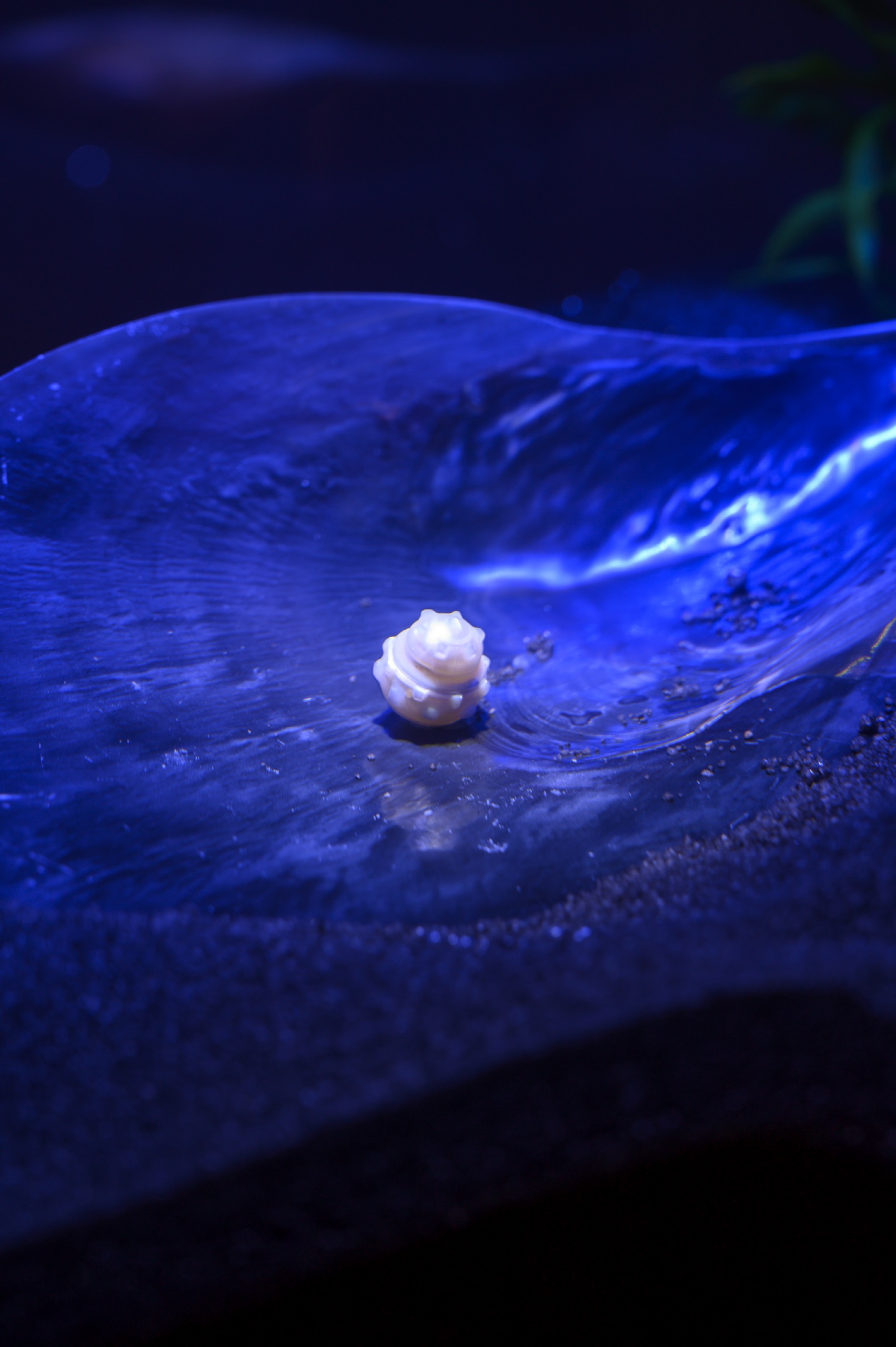 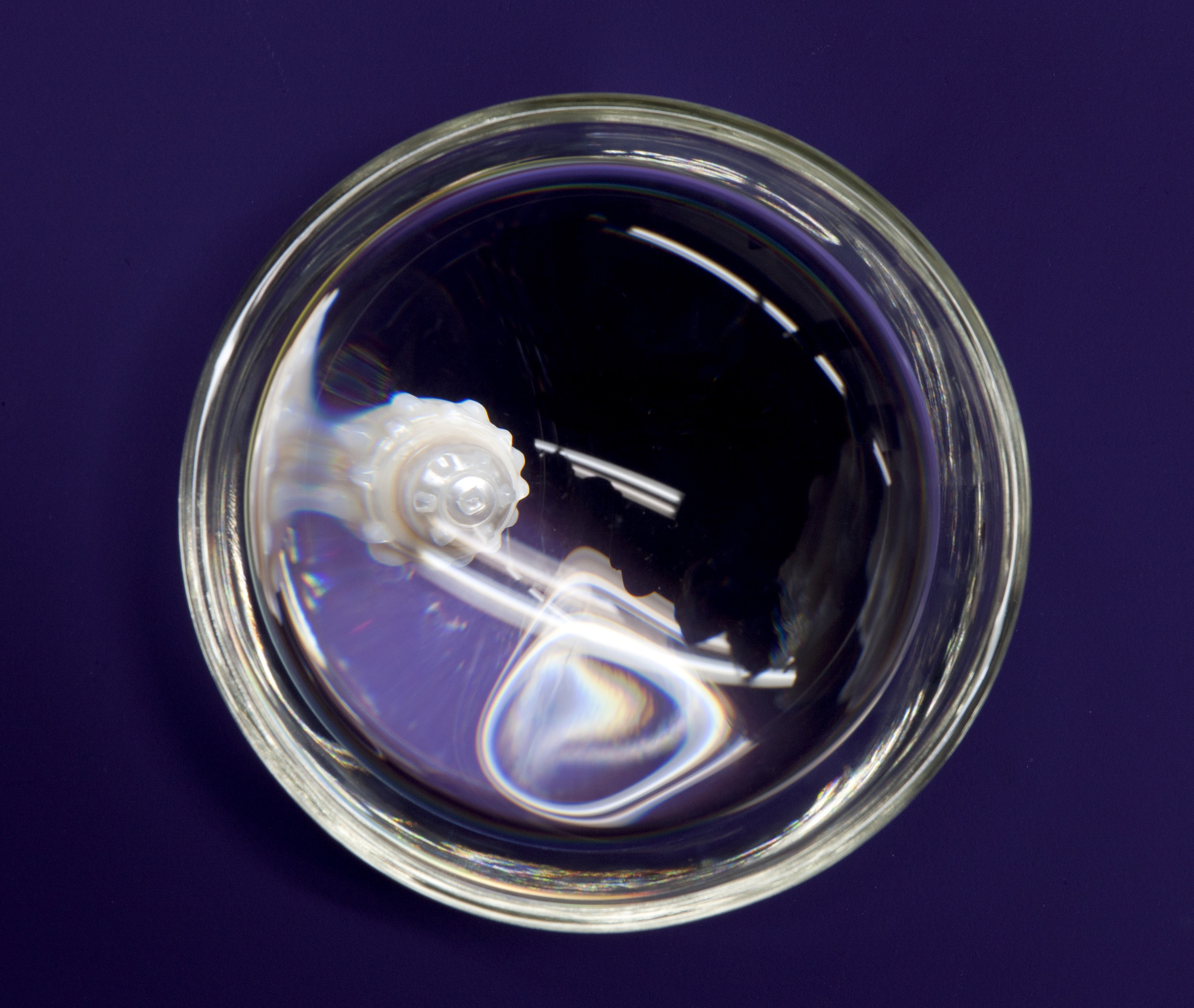 Presented in the artificial water landscape of an aquarium, a glimmering natural pearl carved in the shape of an oil drill head embodies the economic and cultural transition from the industry of pearl diving to that of oil extraction in the Arabian Gulf. Since her grandfather made a living from pearl diving in Kuwait, Monira is intimately familiar with the loss of tradition and community around this industry. Wonder points to the monopoly of the oil industry, and to the way oil has been extracted in the Persian Gulf in the last decades, leading to a ruthless eradication of ecological and ethnographic diversity. 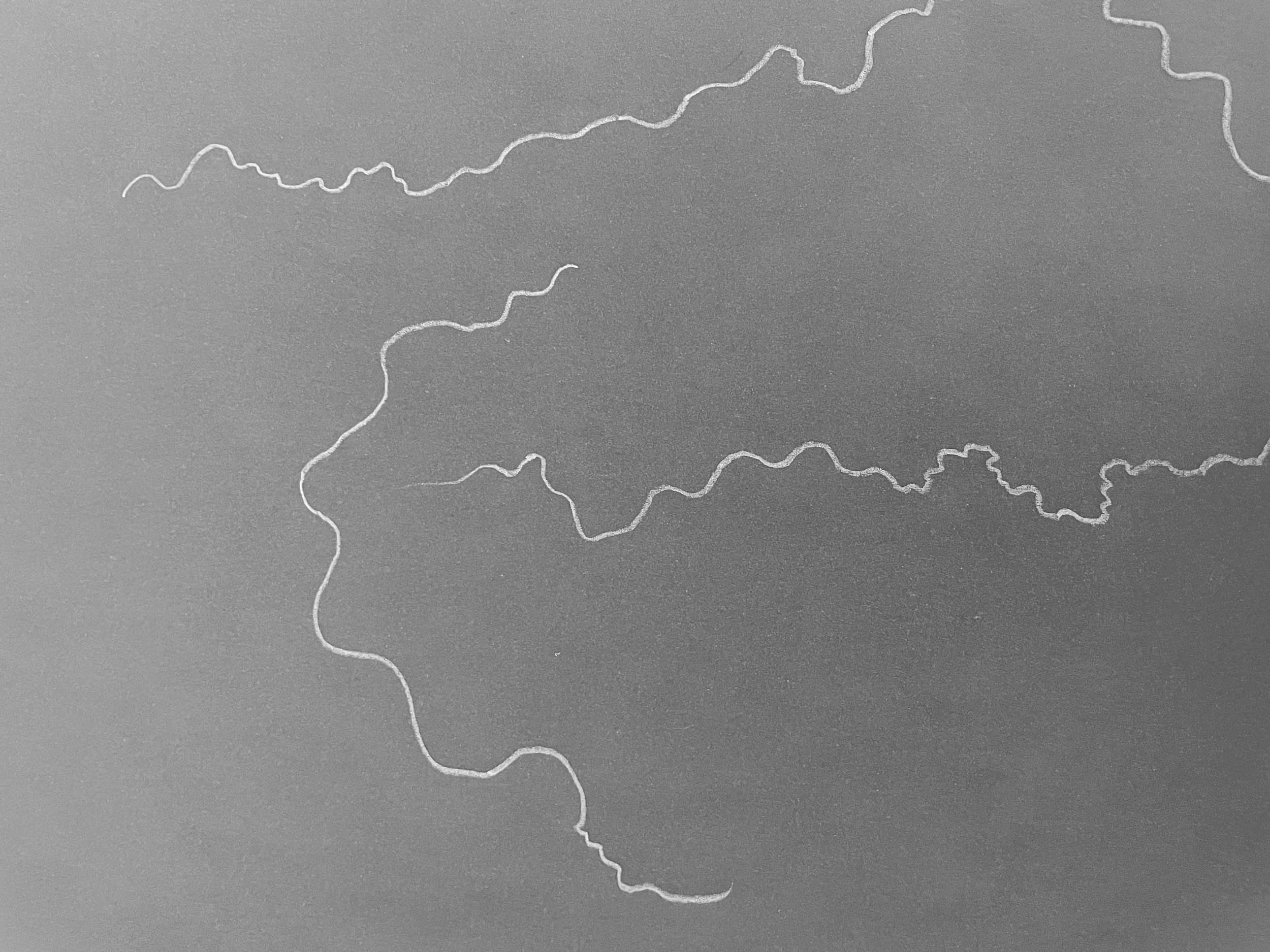 The joint tutelage of ownership and control over agential natures continues to reverberate from modern colonialism to nowadays realities, with increasingly stronger force and energy. It charts. It splits. It abstracts. a land a body a territory proposes an embodied cross-understanding of the three terms, against the ontological-epistemological cut underpinning western cosmologies and their economic imaginaries. As an exercise to combat disembodied reasoning and bounded objectification, the lecture-performance fabricates a relational narrative where a body extends into a land extends into a territory. 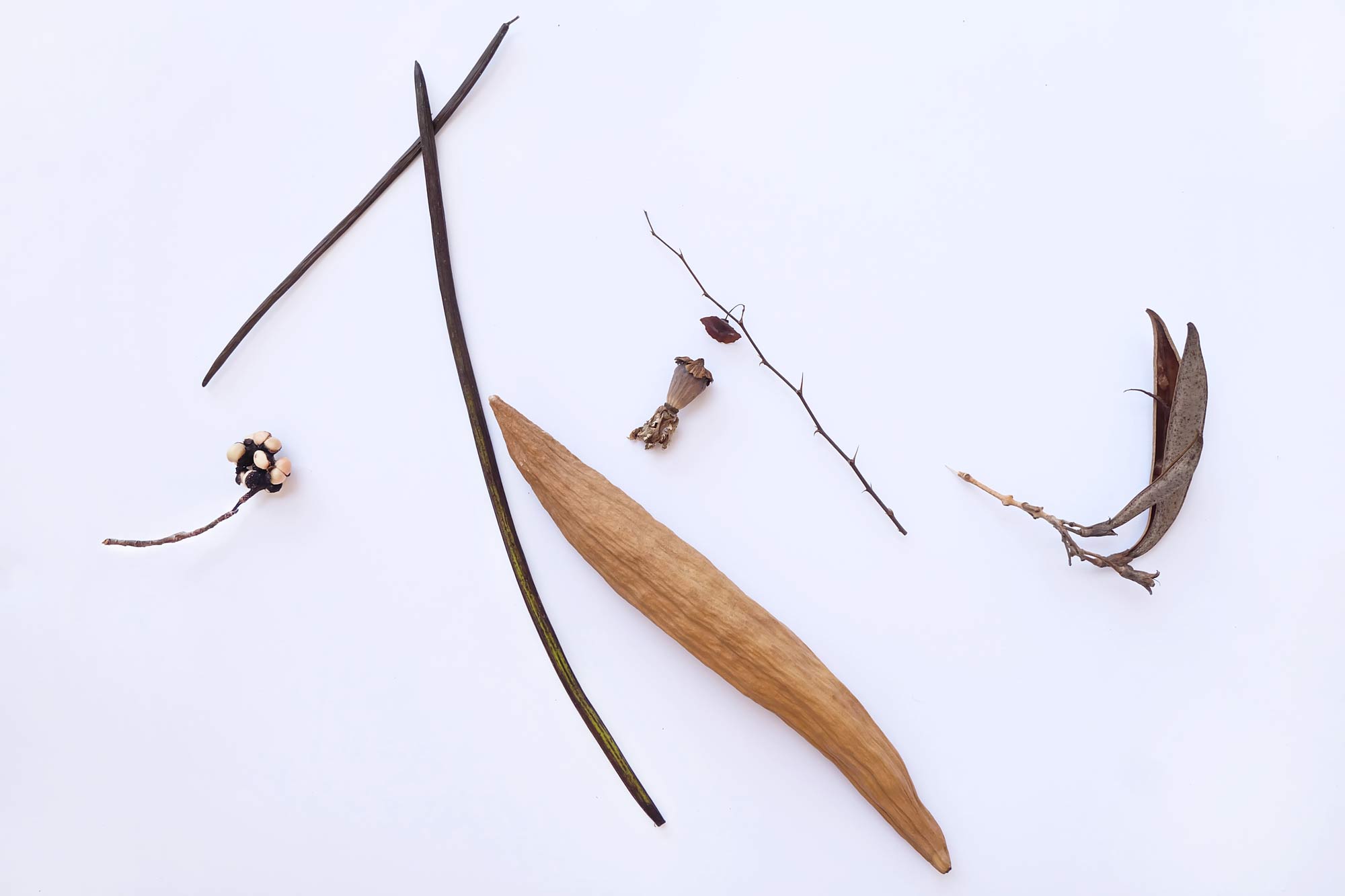 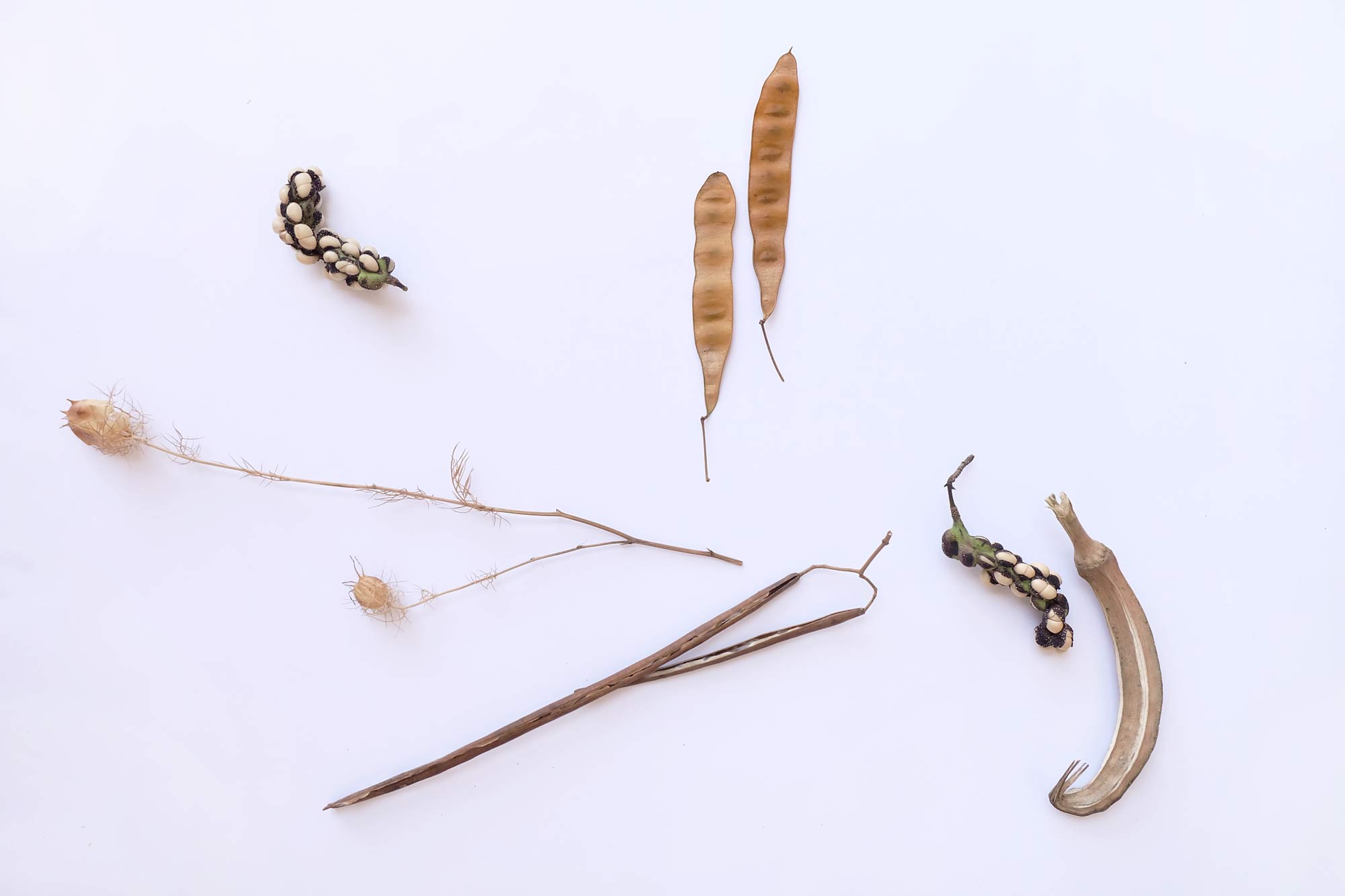 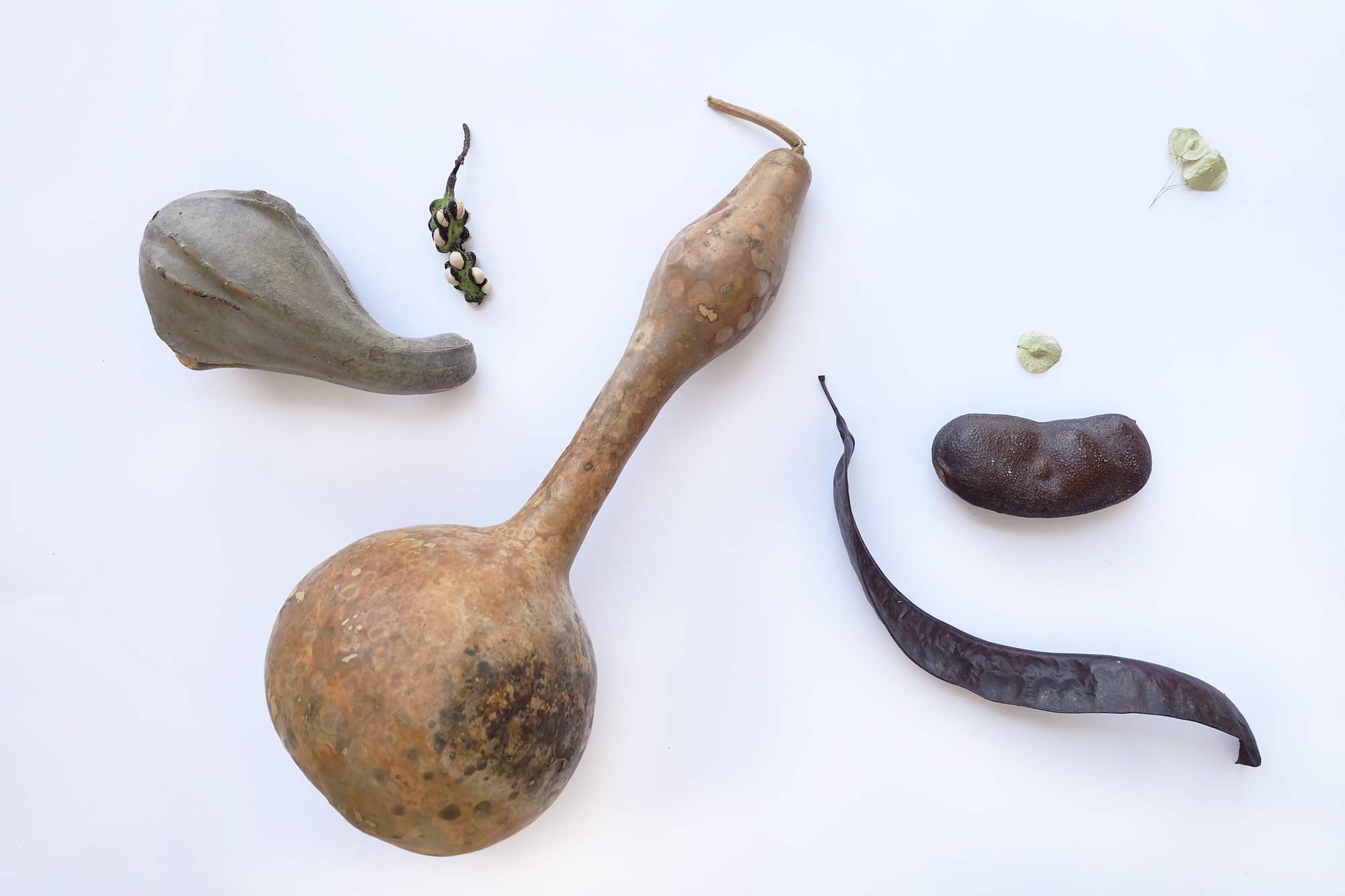 For years, Chlorys has been collecting different kinds of seeds and seed pods, fascinated by the way in which they have been historically used as musical instruments. Seed pods are the epitome of resilience and fragility; they facilitate the proliferation of biodiversity and, simultaneously, they can be time capsules of long-extinct plant species. Manipulating the sound and the rhythms through layering, the artist is interested in accessing the texture and musicality of this natural hand percussion. The photographs accompanying the sound piece are inspired by works such as Instrument for New Music by Paul Klee, and the work of Leon Ferrari.

Bogdana Dima’s research process often includes long contemplation sessions in natural environments and active listening of natural phenomena. To create But a whisper, the artist lived for a couple of months in a remote village in Romania; cultivating the ability to attune her interior voice to the cello; the most human-sounding of instruments. The sound work suggests the complexity of micro-ecosystems that disappear in an almost imperceptible way from our everyday life. Bogdana believes that listening to the whispering biosphere could guide humanity through a harmonious co-existence.

special thanks to Flaviu Rogojan

Adrian Ganea’s work is examining if anthropomorphism - the attribution of human characteristics to non-humans - although perceived as being harmful, could be used as a way of extending empathy to the natural world. Inspired by the 17th-century controversial German Jesuit scholar and polymath, Athanasius Kircher, more specifically by one of his experiments called “Lobster vomiting demonstrating hydraulics", Adrian created an equally absurd creature that takes the form of a melancholic tree playing guitar. Ghost embodies a fading trace of life in the context of mass extinction.

Keeping Up With The Apocalypse, 2021

On the backdrop of planetary collapse, Maria Guta’s practice reflects on a self-obsessed society that signals a deep self-loathing. Inspired by both the Romanian folk tale “Youth without Old Age and Life without Death”, and by the myth of Hebe, the Greek goddess of eternal youth, Maria’s work, Keeping Up With The Apocalypse, outlines the refusal to take responsibility for our environmental impact. The work also reveals the fundamental paradox of technological advancement: on one hand, there is the human desire to attain immortality and eternal youth, while, on the other hand, the use of technology to extract resources has become too destructive to sustain life in the first place. 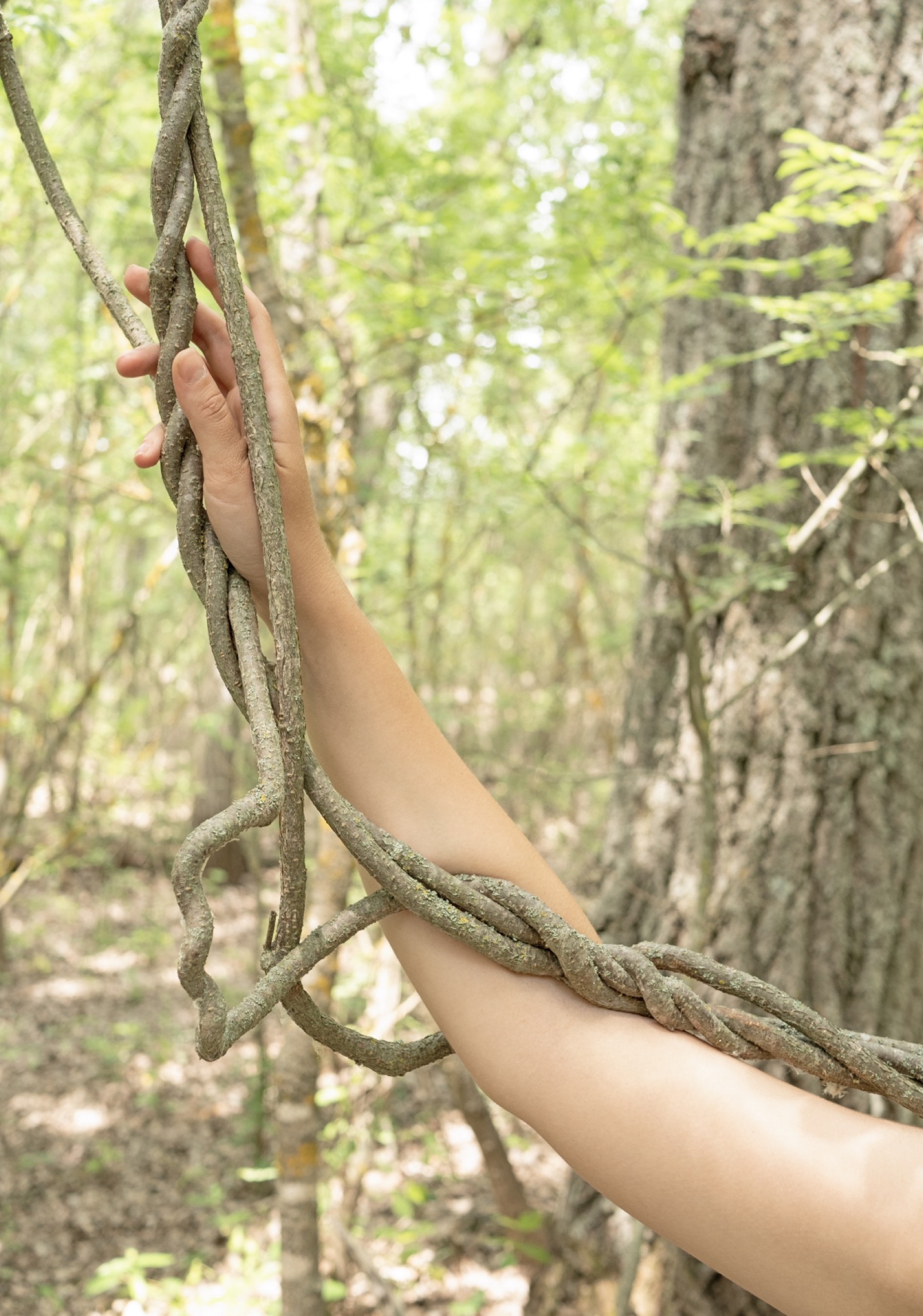 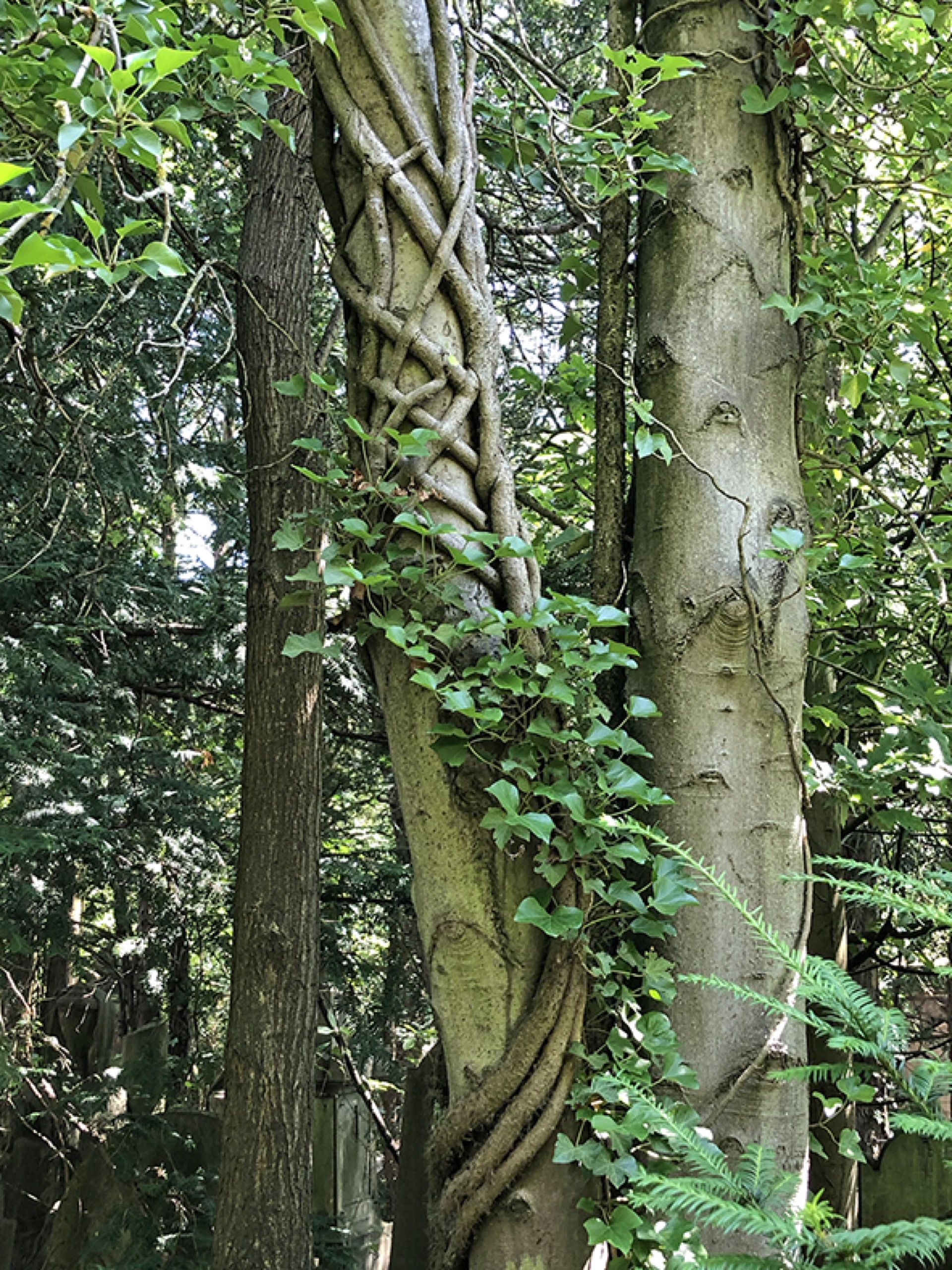 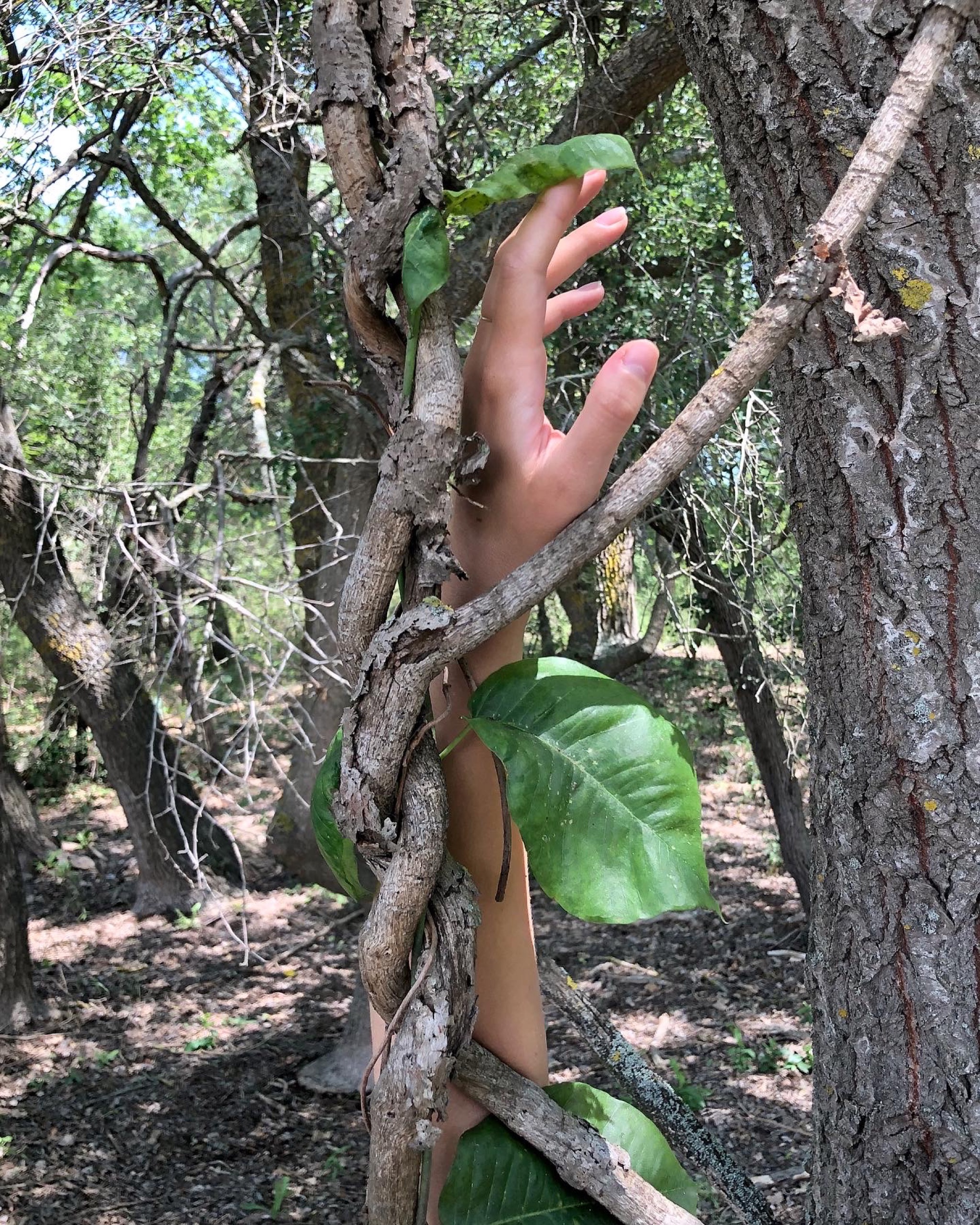 Nona Inescu became interested in the ambivalent characteristics of woody vines and lianas during research trips in the protected forests of Romania and in abandoned European cemeteries. Her two works, Intertangle I & II, combine industrially produced metal bars with different insertions of vegetal elements and botanical growth anomalies, expressing the plants’ capacities of growth using other species and trees as support structures, morphing into the shape of their host, and enmeshing other plants along the way. As invasive species, lianas aggressively compete with trees, oftentimes leading to their collapse, but they also provide access routes in the forest canopy for many arboreal animals, including ants and many other invertebrates 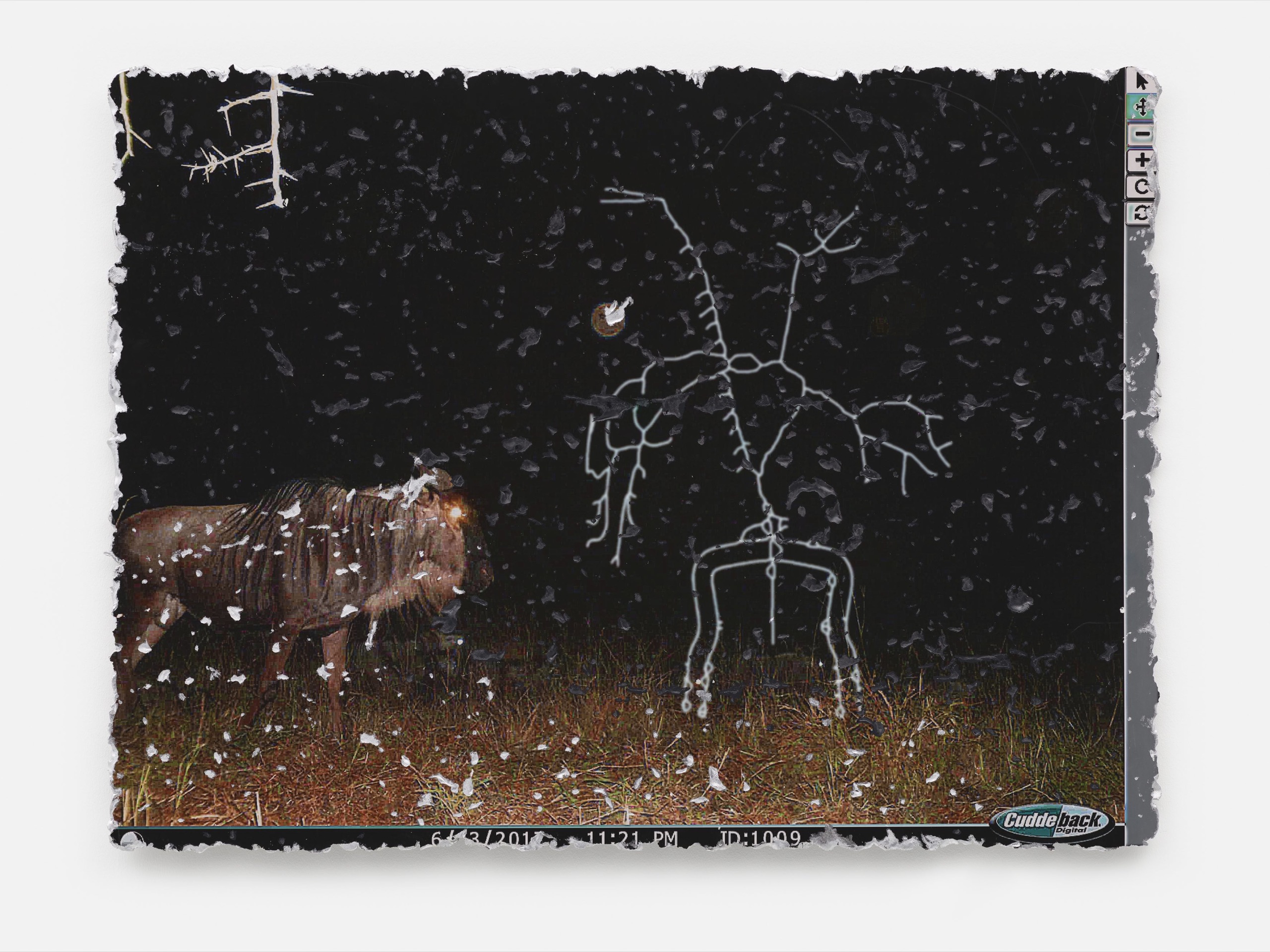 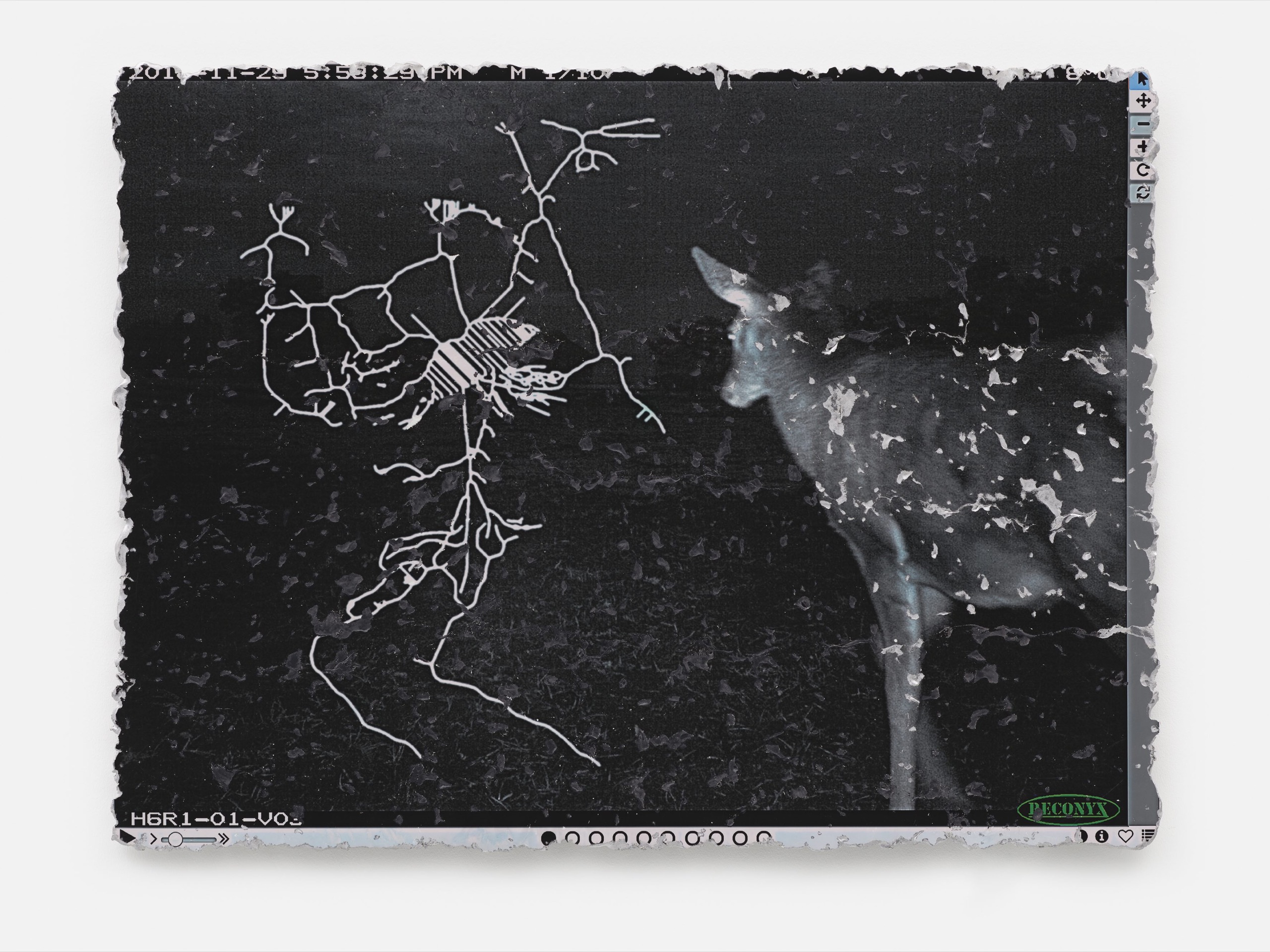 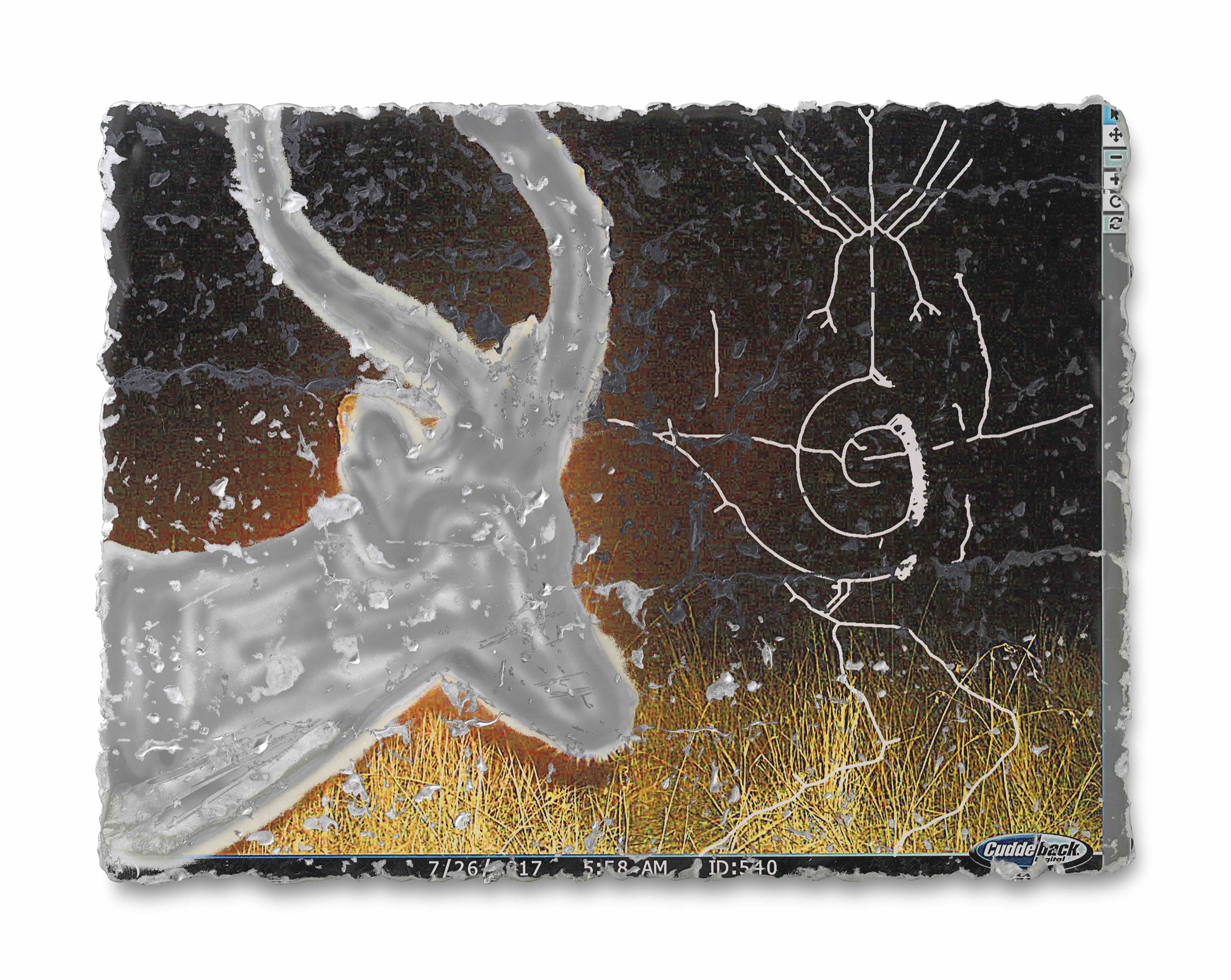 Katja Novitskova’s Earthware depicts a new kind of visual landscape art that renders life across different planetary planes: patterns from invisible light spectra, genomics landscapes, algorithmic vision to forms of consciousness that go beyond the human. The landscapes are first created on the computer, with or without an algorithmic process, and then are transferred on plaques of synthetic clay. The rapid changes in imaging technologies and the increasing introduction of AI in the processing and creation of images renders previous forms obsolete in terms of function, but they also grant them the freedom to be recognized as poetic attempts of seeing from the past. The resulting pieces appear as ancient clay tablets or wall fragments. They try to capture the poetics of numerical seeing as a timeless loop: from early human art to whatever hurricane of changes is happening at the present moment.

Simina Oprescu’s audio piece is investigating how sonic perception is evolving in a collapsing world. The work Why me Hephaestus? is created as a controlled chaotic combination: a montage of sounds appropriated from our contemporary, that imagines a dystopian not-so-far-from-reality sonic universe. The title - an ironic lament of the artist - is inspired by the myth of the Greek God of fire and metal Arts: Hephaestus.

Jenna Sutela’s video Holobiont depicts the human body as an amalgamation and a bearer of other foreign life forms, like Bacillus subtilis and the nattō bacterium. The work explores the concept of symbiosis by drawing possible connections between the human gut and planetary scales, through this bacteria, which is usually found in fermented foods. Holobiont is advancing Panspermia theory, which states that life throughout the Universe has been distributed by meteoroids, asteroids, comets, and planetoids, in the form of unintended contamination by microorganisms.

back to space
⇧
⇧
⇧
⇦⇦⇦
To the garden